We want to help you tackle loneliness.  To support you in this, we will share knowledge and create a better understanding of the causes, prevalence, impacts and solutions amongst all organisations working to address loneliness

The Campaign publications and resources listed below pull together a wide range of academic evidence, as well as examples of good practice. They include information about how MPs can tackle loneliness in their constituency, how local campaigners can raise awareness of the issue, essays from noted academics and practical examples of how organisations across the country have addressed loneliness locally.

New research on the cost-effectiveness of loneliness interventions from LSE

The Campaign has contracted researchers from the London School of Economics to conduct a research review about the cost-effectiveness of loneliness interventions.

This report is their initial findings. Also included is a foreword to the report by the Campaign’s director Laura Alcock-Ferguson.

Making the economic case for investing in actions to prevent and/or tackle loneliness: a systematic review

There are an estimated one million, one hundred thousand people 65 and over who are chronically lonely. They are difficult to find. Our Practical Guide and Report provide guidance on how to find the loneliest in our communities.

The Missing Million: A Practical Guide to Identifying and Talking About Loneliness

The Practical Guide has two main sections. One on how to successfully identify loneliness and the second on how to better understand and engage with older people experiencing, or at risk of experiencing loneliness.

The Missing Million: In Search of the Loneliest in our Communities

The report is made up of three sections: Identifying Loneliness, Applying the Methods and Talking About Loneliness.

It outlines methods of identifying lonely older people including heat maps and different data sources available. There are case studies which show how those methods are being put into practice. There is also guidance on how to talk to someone who is lonely or at risk of being lonely. 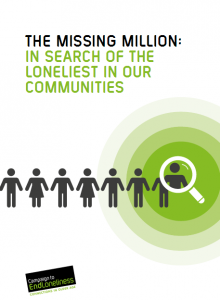 Are you working to prevent or reduce loneliness in your community?

Can you articulate the difference you are making to the lives of older people?

We’re all working in an increasingly competitive funding environment, and we all need to be able to demonstrate, robustly, that we’re making a difference.

The Campaign to End Loneliness has worked with over 50 organisations, researchers and older people in our Learning Network to develop information and advice on choosing and using a scale to measure the impact of your services on loneliness. 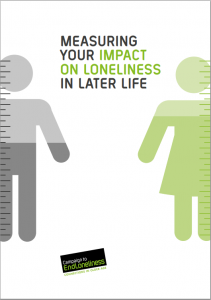 Hidden Citizens: how can we identify the most lonely older adults? April 2015

In 2015, the Campaign to End Loneliness and the University of Kent undertook a piece of research to explore what was already known in both research and practice about identifying people experiencing loneliness. We looked at current approaches to identifying loneliness and searched for insights into how services can improve their outreach and support.

The results of this project – Hidden Citizens: How can we identify  the most lonely older adults? – were published in April 2015. 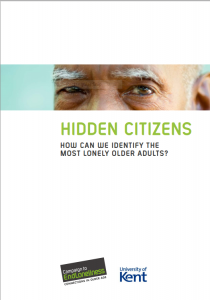 This report offers some practical answers to what works in tackling loneliness drawing on practical experience and academic evidence. The report argues that leaders in health and social care must recognise the individual’s experience of loneliness and should not seek a ‘one size fits all solution’.

The report sets out a new framework for understanding how to tackle this multifaceted problem, presenting a range of projects and examples from around the country. These examples demonstrate some of the varied solutions needed for an effective response. 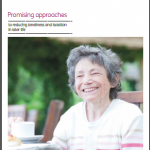 Alone in the crowd: loneliness and diversity May 2014

Anyone can become lonely but some circumstances and some characteristics seem to leave us particularly vulnerable to loneliness. There are also a number of common transitions too, like relationship breakdown, redundancy, retirement, or decline in health, which can trigger a sudden change in circumstances and a downward spiral into loneliness.

This collection of essays had been brought together to shine a light on the individuals behind the statistics, helping us to understand better who experiences loneliness, and what particular challenges they may face. 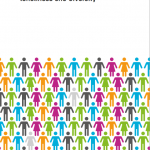 Measuring the impact of services on loneliness January 2014

There are a huge number of services currently working to tackle loneliness, but whilst these services are often highly valued they do not always have robust evaluation data to demonstrate their impact on loneliness specifically. The scoping report examines what tools currently exist to measure loneliness, and examines the case for a new tool, specifically designed to help services to better understand and measure their impact.

The Cost of Loneliness January 2014

Following a review of the Campaign’s first three years by the Charities Evaluation Services (CES), we have put together a short leaflet celebrating the progress that has been made towards addressing loneliness since we formed. This leaflet also looks to the future, and briefly outlines what our plans will be for our next three years. There is also a large print version on this leaflet that can be downloaded here.

In June we published our ‘Ignoring the Health Risks?’ report, tracking whether the newly established health and wellbeing boards (HWBs) across England had prioritised the public health issues of loneliness and isolation within their strategies.

Now, five months later, we have published an updated report, ‘Still Ignoring the Health Risks?’, in which we find 146 boards have now published their strategies,  and for the first time ever – more than half of boards  have included some reference to loneliness or isolation in their strategies. 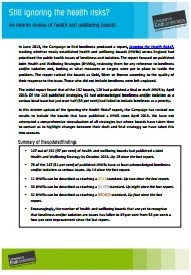 Following the establishment of 152 health and wellbeing boards across England in April 2012, The Campaign to End Loneliness launched Loneliness Harms Health.  This campaign supports people to lobby their local board to commit to tackling loneliness through their Joint Health and Wellbeing Strategy.

Ignoring the health risks? examines the 128 Joint Health and Wellbeing Strategies that have been published to assess the impact of Loneliness Harms Health and the uptake of Campaign messages.  Quantitative data is supported by interviews and case studies from across England.

Loneliness and Isolation: a toolkit for health and wellbeing boards

Developed with the support of the Department of Health, this toolkit enables health and wellbeing boards to better understand, identify and commission interventions for the issue of loneliness in older age.

The toolkit explains how to best include assessments of loneliness prevalence and indicators in Joint Strategic Needs Assessments (JSNAs) and Joint Health and Wellbeing Strategies (JHWSs). It covers key research on the detrimental impact of loneliness on our health and offers a financial case for taking preventative active.

“We used the toolkit to draft the initial paper to the health and wellbeing board prior to the strategy…this resource was really helpful. Loneliness and isolation can seem just concepts and the tools give you a way of putting numbers to it, it becomes tangible.”

A new research report with the latest evidence on loneliness, health and wellbeing. Loneliness – The State We’re In compiles international research on the impact of loneliness on health and quality of life, and identifies triggers and interventions. 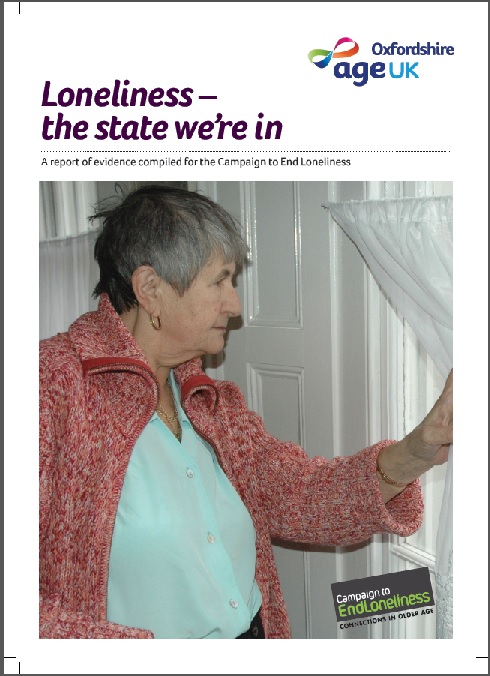 Tackling Loneliness in Older Age – The Role of the Arts 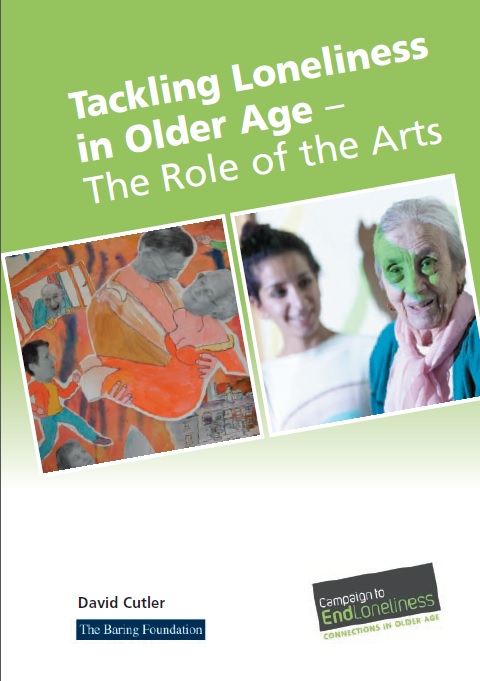 This online campaign pack helps MPs to lead the way in making sure their constituents are part of a connected community, and loneliness in older age is prevented. The pack inspires positive action on three levels: from the personal through to policy. 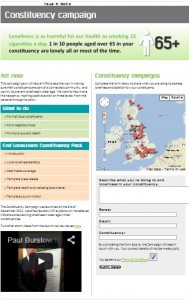 New local forums, called health and wellbeing boards, are making decisions in the next 6 months that could significant affect the future of services that keep people connected in older age. The Loneliness Harms Health campaign supports local people to make sure decision makers in health understand the need to act on loneliness in older age. 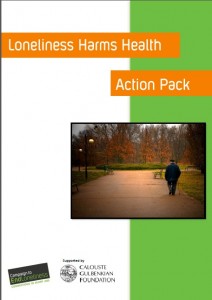 To get to the heart of a more personal approach to loneliness, we asked more than 1,500 adults over the age of 40 about their views on loneliness and what they were doing to prevent or alleviate it. These responses are presented in this report, which will be used to inform the upcoming projects of the Campaign. 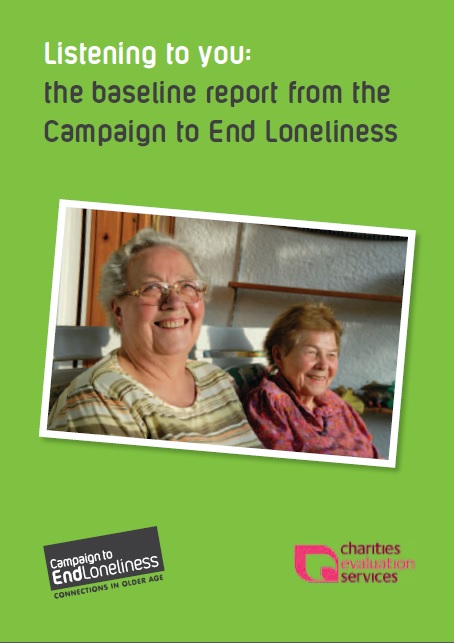 Safeguarding the Convoy. A call to action from the Campaign to End Loneliness February 2011

Safeguarding the Convoy is the launch publication of the Campaign to End Loneliness. It argued for action from charities, businesses, local government and individuals on the issue of loneliness in older. Academics from across Europe contributed with essays on specific topics, including prevalence and interventions. 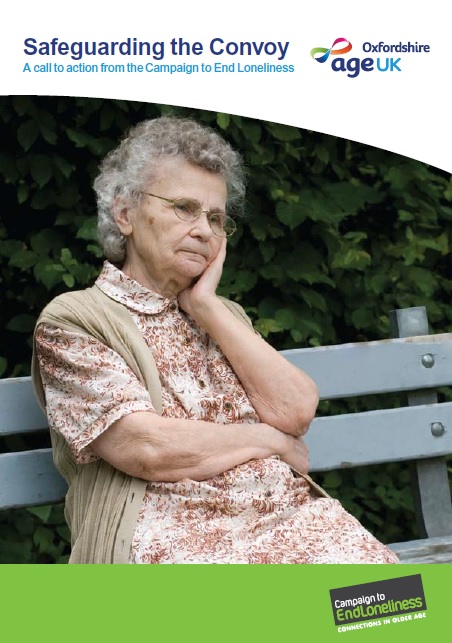