It is thanks to the blogger Charlotte Overton-Hart that we came across this short film, Between Days, from the Danish filmmaker and photographer Nizar Pasalic. In just 8 and a half minutes, Pasalic beautifully captures the loss and love felt by an 80-year old Bosnian man who is apart from his wife for the first time in 50 years.

“After leaving their home in Bosnia because of the Yugoslavian war in the beginning of the 90’s, Abdulah Kadenic and his wife Sehaveta ended up in Norway. They lived there for 12 years until Sehavata got so ill that she had to be put in a nursing home. Due to not understanding the language very well and because they never really felt at home in Norway they decided to move back to Bosnia.

Abdulah now lives in Sarajevo while Sehaveta stays at a nursing home 90 kilometers from there in the city of Travnik. Every week he visits her.” 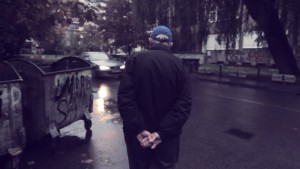 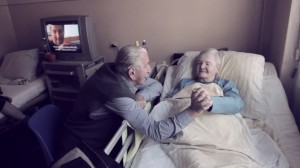