Measuring loneliness: the myth that prevents people asking older people how lonely they are

“Loneliness is deeply personal – its causes, consequences and indeed its very existence are impossible to determine without reference to the individual and their own values, needs, wishes and feelings. As such, it is also a complex, and often time-consuming, issue to address. However it is an issue that must be addressed due to the far reaching and devastating impacts that it has on those who experience it on a daily basis.” (Promising Approaches to reducing loneliness and isolation in later life, p6) 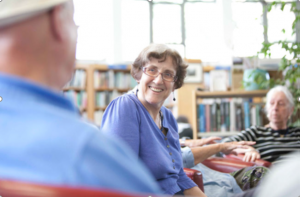 Around 10% of people over 65 say that they are often lonely. Loneliness has been shown to be associated with a number of health issues, both physical and mental, that could potentially result in preventable costs to the health and social care service. It can also have a devastating impact on the quality of life of an older person.

It is accepted that many services offered to older people are likely to help prevent or reduce their feelings of loneliness. However, the level of evidence to measurably demonstrate these positive outcomes is relatively weak. One reason for this is the lack of services measuring loneliness using accepted measures. There are many validated measures of loneliness and the Campaign to End Loneliness in their report Measuring Your Impact on Loneliness In Later Life presents four such measures.

How can loneliness measures be used in practice? Over the last year Age UK’s Testing Promising Approaches to Reduce Loneliness programme has involved seven local Age UK Brand Partners all using the 3-item UCLA loneliness scale*. The use of the scale by the seven partners has provided learning on how the scale can most effectively be administered. The learning recommends that:

So do not be afraid to ask older people about their feelings of loneliness – use validated questions as written and ensure those asking these questions have been trained to deal with difficult emotional reactions. The payoff will be being able to demonstrate the positive impact a service is having on a lonely person’s levels of loneliness.

Find out more about loneliness: read our evidence review and use our loneliness heat map to understand how lonely older people are in your area

This blog was first published on the Age UK website