Hokusai is one of the most popular and imitated artists of all time, and created much of his brilliant work in later life. Our Research and Policy Manager Dr. Kellie Payne visited the Hokusai exhibition at the British Museum after an invite from The Age Friendly Museums Network – who believe that museums have the power to enrich the lives of older people.

Hokusai is a Japanese artist best known for his woodblock print produced in the 1830s called The Great Wave off Kanagawa, often referred to as The Great Wave. The print features two boats being swallowed by a gigantic crashing wave that takes up most of the foreground of the image. In the background is the silhouette of the monumental Mt Fuji, which is outsized by the immense surge of water. Apparently it is one of the most copied images of all time. 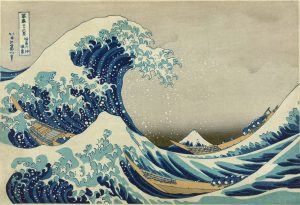 After the Great Wave

“From the age of 6 I had a mania for drawing the shapes of things. When I was 50 I had published a universe of designs. But all I have done before the age of 70 is not worth bothering with. At 75 I’ll have learned something of the pattern of nature, of animals, of plants, of trees, birds, fish and insects. When I am 80 you will see real progress.

At 90 I shall have cut my way deeply into the mystery of life itself. At 100, I shall be a marvellous artist. At 110, everything I create; a dot, a line, will jump to life as never before. To all of you who are going to live as long as I do, I promise to keep my word. I am writing this in my old age. I used to call myself Hokusai, but today I sign myself ‘The Old Man Mad About Drawing’.” 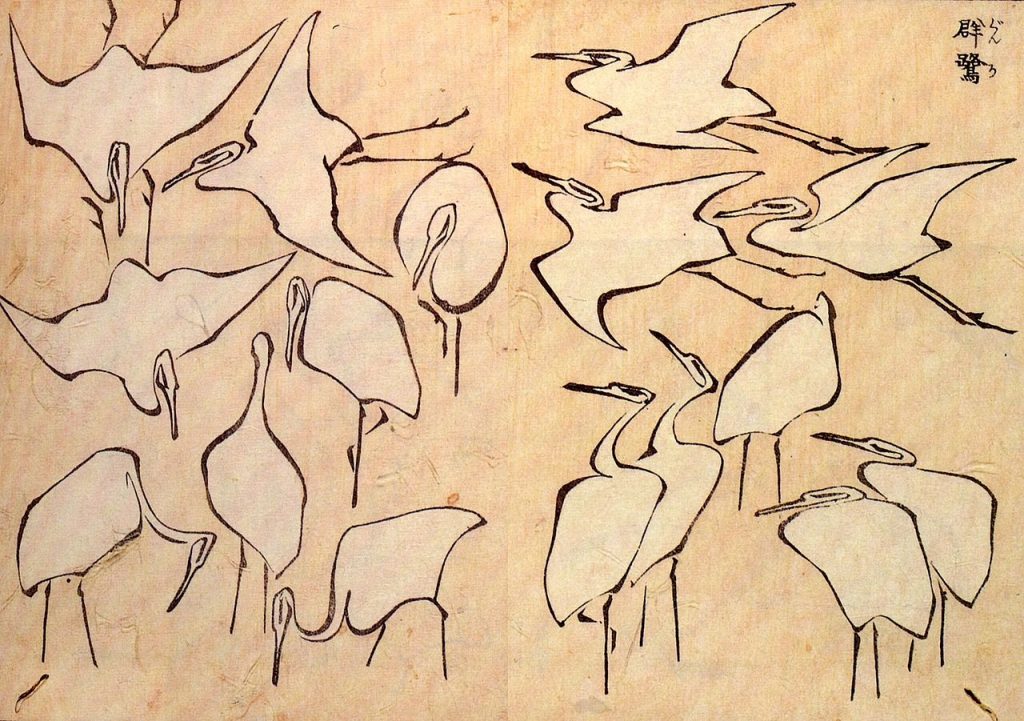 The Age Friendly Museums Network was setup to develop collaboration between people in the museums, galleries and arts industries alongside others from health and social care, the voluntary sector, researchers and older people. They believe museums and older people enrich each other, and that ageing is something everyone shares.

The exhibition celebrates the notion, which is championed by the network, that the arts can enhance later life and many artist flourish in their later life. By seeing how some of his best work was created in his seventies and beyond the exhibition illustrates the point well.