Claire Connachan, Digital Communications Officer for Age Scotland, explains how a new campaign against loneliness and social isolation in Scotland is going to work.

Too many older people in Scotland experience isolation and loneliness and unless something is done about this issue the number of people with these feelings will only increase.

Action needs to be taken and to that end, Age Scotland, the national charity for people in later life, is about to commence a two year campaign to tackle the root causes of isolation and loneliness.

By the end of the campaign, which consists of five main strands, we hope to have significantly reduced, or altogether removed the majority of the barriers facing people.

The five main strands identified are as follows:

Walk in our shoes, act on our issues

Combating isolation starts in local communities. There are potentially many physical barriers that prevent older people from getting out, meeting people and using local services. Uneven pavements, lack of public toilets, poor street lighting, unsafe road crossings, inaccessible shops…  However, these issues can be addressed and often at a low cost. In partnership with community groups, we will show politicians these barriers and ask them to tackle the most serious problems.

Winter weather – no one left out

Getting out and about is of paramount importance, but severe winter weather in 2009 and 2010 limited the mobility of too many older people. The snowy weather showed just how ill-prepared for the cold some local authorities in Scotland were. We plan to monitor the progress of local authorities across the country to ensure that their winter services are taking the needs of older people into account. If they don’t, we’ll be naming and shaming…

“That little bit of help” services – making the case

As councils cut services and slash budgets the ‘little bit of help’ services that older people value so much for human contact and interaction like meals on wheels, befriending schemes and lunch clubs are losing their funding.   However, older people staying healthy, happy and independent mean that these kinds of services save the public purse millions in the long run. We want to recognise the best of those ‘little bit of help’ services to encourage future investment.

Ending isolation – it’s in your hands

Community spirit can make enormous inroads into ending isolation and loneliness. We want to get everyone involved to create social links, help their neighbours, start a conversation or give a helping hand to someone in need. If members of the public pledge their support to help end isolation and loneliness, they can really improve older people’s lives.

Want to learn more about the campaign or get involved? 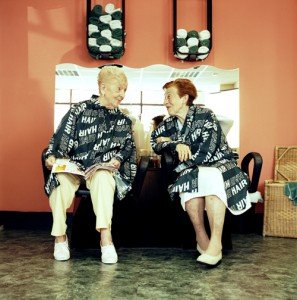