Information about our campaign events across the country.

Our 4th Annual Conference, ‘Be More Us: Belonging and Community’, takes place on the 9th of October 2018. Last year’s sold-out conference, ‘Kindness Can: A Positive Future for Loneliness’, brought together over 200 delegates from business, entertainment, politics, academia and media.

With your support, the Campaign to End Loneliness has grown. Our film ‘The Loneliness Project’ has been seen by over 85 million people worldwide. The world’s first Minister for Loneliness, Tracey Crouch, was appointed. Our new movement, Be More Us, has engaged thousands of people to celebrate the small moments of connection that are an important part of tackling loneliness.

‘Be More Us: Belonging and Community’ will build on this momentum to inspire even more action on loneliness. We’ll celebrate the people and organisations helping people of all ages connect, and showcase innovative approaches to tackling loneliness from across the world. We’ll explore sustainable and future-proofed communities; the role of culture, sport and the arts in tackling loneliness; intergenerational relations, and what we can share with and learn from other countries, communities and cultures. We look forward to seeing you there.

We’re delighted to have three of the most groundbreaking and influential thinkers in the field joining us. 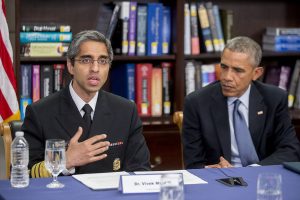 Dr Vivek Murthy served as the 19th Surgeon General of the United States from 2014 to 2017, and created initiatives to tackle America’s most urgent public health issues.

Vivek was instrumental in loneliness being recognised as a public health epidemic.

His thinking on the subject has influenced policy makers and medical professionals around the world.

“The science and stories of loneliness lead us to one inescapable conclusion: we need each other. Prioritizing time with loved ones, helping people, and appreciating yourself can help build a more connected life.”

Julianne Holt-Lunstad’s transformative research has led to loneliness being recognised as the huge health risk it is today.

She has received international acclaim and her work has influenced academics organisations and policy makers across the world.

Lord Layard is Professor Emeritus at the London School of Economics and is the Government’s former ‘Happiness Tsar’.

He’s one of the world’s leading economists whose work on mental health, wellbeing and happiness is globally recognised.

Tickets are now sold out but we will live stream the conference on the day at: https://www.youtube.com/watch?v=EMF0e4NjvJg&feature=youtu.be

Read all our publications

Read other useful reports and publications